You are here: Home1 / Our History/Mission/Values

Mill Cabinet Shop Was Founded In 1959 On A Vision Of Creating Heirloom Furniture.

An Order Of Kitchen Cabinets Led To Furniture-Based Custom Cabinetry In The Early 1960s.

Harry, Ray and Willis received an order for kitchen cabinets and recognized that their brand of woodwork was a natural fit for an upgraded version of cabinetry. The owners developed the concept of furniture-based cabinetry by skillfully combining the artistry and precision of handcrafted furniture with the functionality and durability of cabinets. From their first kitchen cabinet build, they constructed the cabinets with solid wood, rather than with the more popular plywood, and built every part of the cabinets on site. 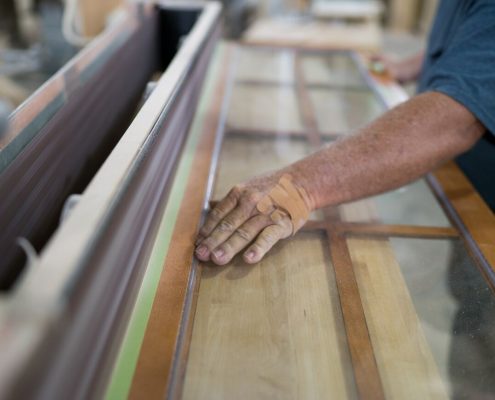 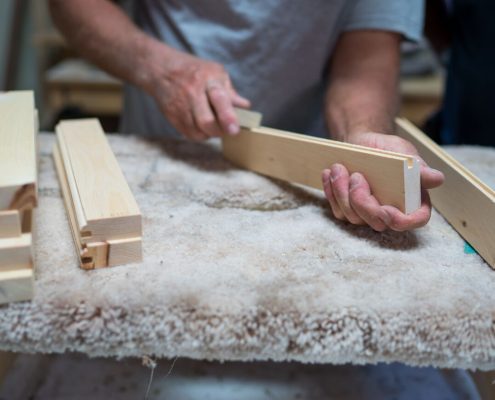 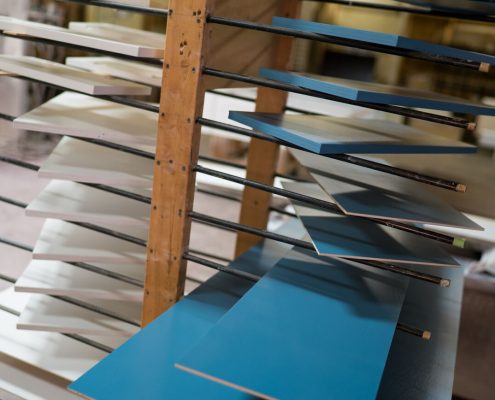 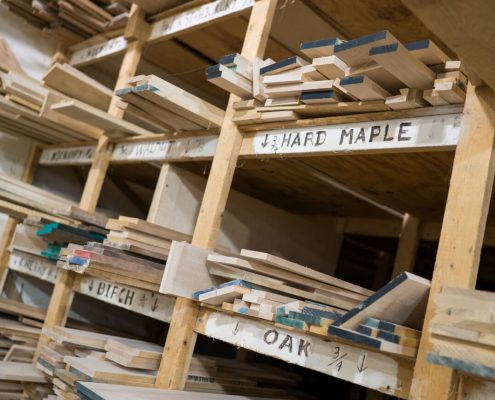 In 1966, Harry Stover Became Sole Proprietor And Introduced His Sons To The Woodworking Business.

With the support his wife Lois, Harry Stover became sole owner of Mill Cabinet Shop in 1966. His young sons, Lee and Randy, worked at his side during the summers and after school, where they observed and began to learn their father’s meticulous attention to detail and commitment to quality work. Shop operations were moved from the old Hollens Mill across the street to where Mill Cabinet Shop stands today.

The 60s Through The 1990s Provided Steady Work And Opportunities For Growth.

With the 10-year anniversary of the business came additional storage space and a drum sander, which allowed for greater variety in production. A full-time part of the business, Harry’s oldest son, Lee, designed and patented a self-centering jig, which allows for exacting precision in the drilling and placement of cabinet hardware on drawers. A second and third addition to the shop and an increase in skilled artisans and craftsmen helped Mill Cabinet Shop keep pace with the local demand for fine custom woodwork and cabinetry.

Tragedy Shook The Family At Mill Cabinet Shop In The Late 1990s And The Community Pitched In For Recovery.

In 1998, Harry Stover was tragically killed in an automobile accident at the age of 75. Just six weeks after his death, the shop’s building was destroyed by fire. The rebuilt shop was completed just five months to the day after the fire thanks to a massive, determined effort by the shop’s employees, and the help and support of the Bridgewater, Dayton, and surrounding communities.

Since 2000, Mill Cabinet Shop Has Measured Its Growth In Quality Products, Healthy Community Relationships, And Services.

Lee and Randy Stover have continued the family tradition of designing and building fine cabinetry at the Bridgewater, Virginia, production shop. Additions have allowed for greater scope in services, and men and women with a passion for woodwork continue to produce quality cabinetry in the Shenandoah Valley.

Call Us For Questions Or Get A Free Estimate On Custom Cabinetry!